Mention “art history”, and most people will be thinking of ancient Greco-Roman structure, carvings, statues or murals. These are definitely clear instances of historical art, but are there other examples of historical art around us today?

Even though we may not see historical art in its pure form being created these days, some modern artists have made use of historical art to produce their own contemporary work. Even if the relation is not clearly seen, many modern art pieces exhibit subtle characteristics seen in art history.

What are some ways in which historical art has influenced our modern art?

In this project, Ukrainian artist Alexey Kondakov superimposes figures from classic paintings onto modern scenes in his hometown of Kiev. The artist got the idea for this series from visiting a museum and seeing a painting of friends drinking wine and celebrating, thinking that some things have not changed from the classical periods till now.

The images show surreal characters from the works of artists such as Hayez, Caravaggio and Bourguereau at subway stations, inside the subway, and sitting at bars. Despite the clear differences between the classical figures and modern backgrounds, Kondakov makes use of photo manipulation to blend the two as much as possible, resulting in images of mythological figures and religious characters meeting the urban cityscape. 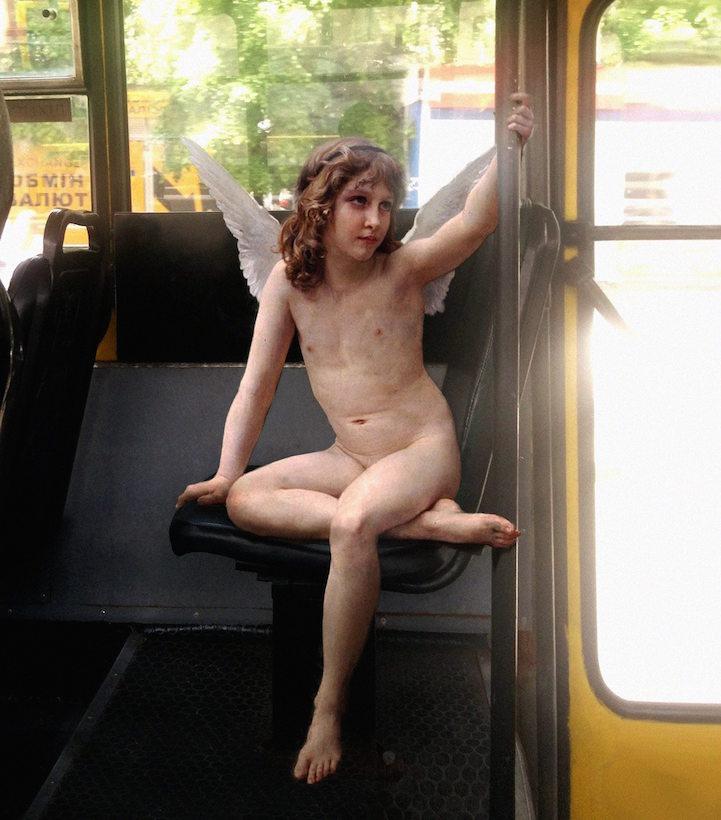 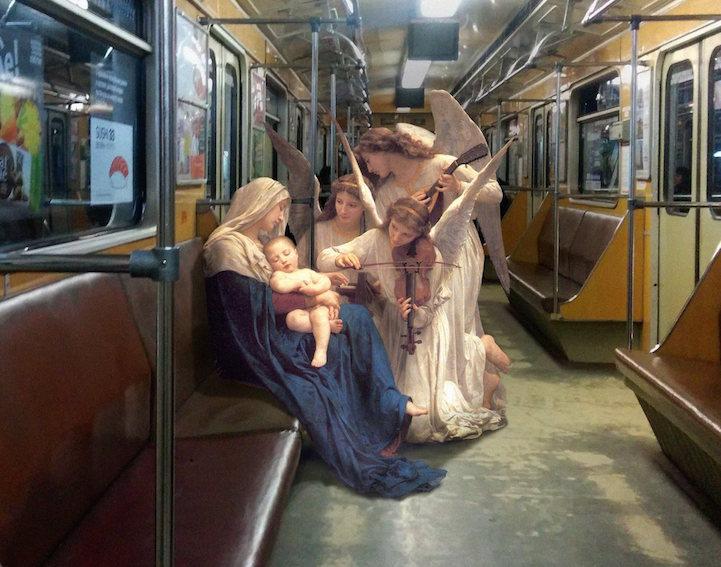 French photographer Léo Caillard did the opposite of Kondakov – he dresses historical sculptures in modern-day fashion. Caillard produced this series by first photographing the statues, then photographing his friends wearing selected outfits and posing like the statues. The images were merged together and touched up with digital manipulation. As the artist states, his intent was “to catch the eye of the beholder by the marriage of two worlds so different”.

These ancient statues now have a comical sense of fashion one would not have seen before. Indeed, the trendy clothes may put these figures in a new light. We would not normally pay much attention to a good-looking outfit on a normal model, nor would a statue on the sidewalk call for careful scrutiny. However, when these two worlds collide, the result is a fresh new image of ancient art tied with modern art that could cause people to stop and stare.

This begs the question: is it the outfits or the statues that are the “art” featured in this project? Or perhaps both? 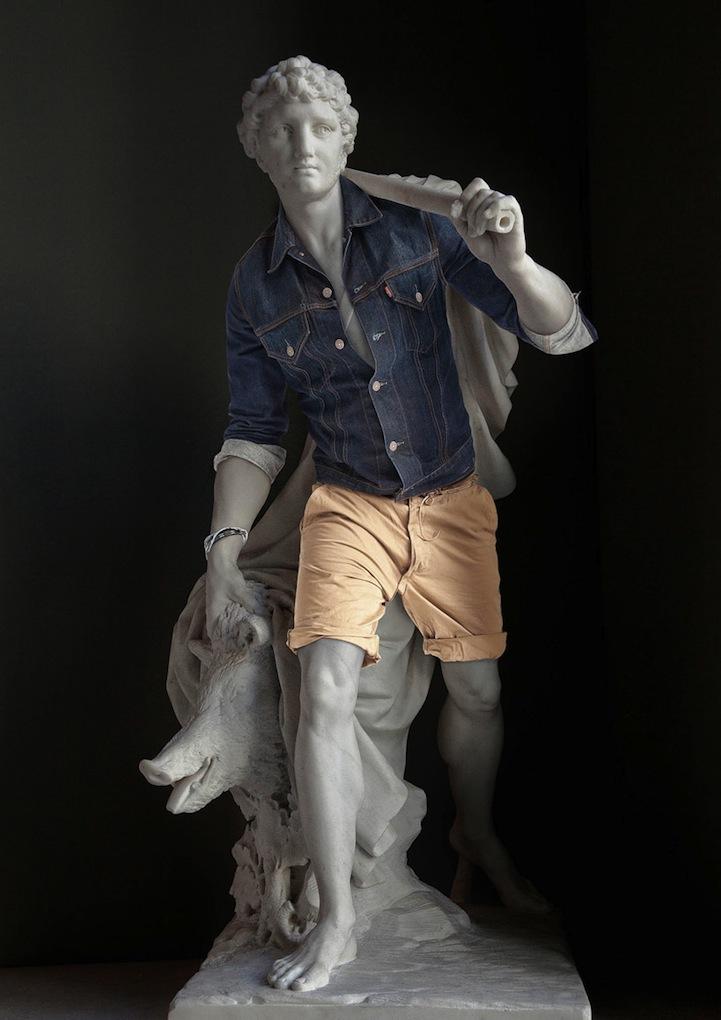 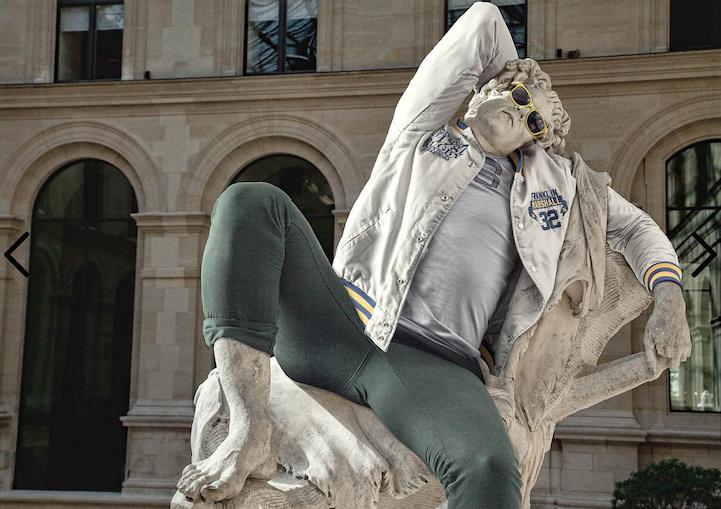 The Gothic style, which originated in the 12th century to as late as the 16th century in some regions, has largely been replaced by newer forms of styles. However, the Gothic influence can still be seen in many forms of art today.

Before the Gothic era, architecture in the 12th century was rudimentary and functional. Buildings were limited in design, as well as dark and cold. Thus, the Gothic style attempted to solve these problems by introducing beauty into architecture and turning buildings into lighter places. Many famous Gothic buildings still exist today as heritage sites, such as York Minister in England, Notre Dame in Paris and Chartres Cathedral in France. It is worth noting that the people in the Medieval period would never have called their design “Gothic” – the term was only introduced later on. At that time, Gothic architecture was called the “modern style” instead.

Although our “modern style” today has largely diverged from Gothic architecture, many artists still produce their work in the Gothic style, which is associated with fantasy, sinister moods, masculinity, mystery and darkness. The Gothic influence can be seen in no shortage of fantasy games, novels, settings and designs, with one recurring characteristic in many dark or fantasy graphics being the blackletter typeface such as the one below, inspired by Gothic lettering. 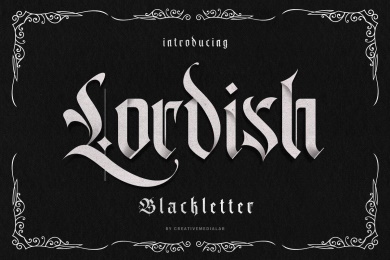 The Gothic style did not only influence visual art. It also spread to music, where Goth rock was born, being characteristically dark and heavy, as well as typically containing depressing or reflective lyrics.

Goth rock in turn influenced a wider Gothic subculture, which included fashion, album art, posters, CD covers and more. Although this subculture mostly grew in popularity in the 1980s, it still has followers today, and there are well-known bands focusing on Goth rock and its culture.

Characteristics of modern Goth fashion include black or dark makeup, black clothes, black hair, as well as very short or very long skirts and high heels for women. At a glance, these outfits may not look very reminiscent of the Medieval period, but did in fact draw their inspiration from that era. 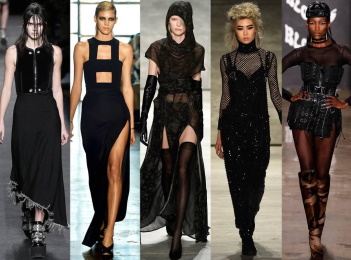 Ancient Greece has influenced countless aspects of the Western world, one of which is its architecture. Even thousands of years later, features from Greek architecture can still be seen in modern buildings. What do the Lincoln Memorial in Washington, D.C., Downing College in Cambridge, England and the Prado Museum in Madrid all have in common? They share their Greek-inspired architectural style.

The major characteristics of Greek architecture that identify it as such are the proportional designs, friezes, columns, pediments and reliefs, all of which are still seen around in modern buildings. The colonnade, a row of columns supporting an entablature and sometimes a roof, is another characteristic that survives till today – although it definitely has a much modern look than anything one might find in ancient Greek ruins. 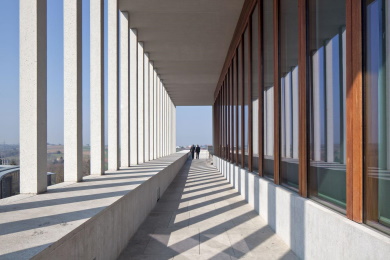 In fact, Greek architecture had such an impact on the Western world that in more recent times, there were various architectural styles based on Greek features, such as the Greek Revival style and the Beaux-Arts architecture.

The Beaux-Arts architectural style is fairly recent, seen around the early 20th century. It was prevalent in a number of regions, but the place where it focused mainly on Greek elements was in the United States. In other parts, Beaux-Arts also drew influences from the Baroque and Rococo periods. While Beaux-Arts goes heavy on the decorative elements, one can still spot the classical Greek architectural orders and the use of marble in buildings. Some well-known Beaux-Arts buildings are all found in New York City, including the New York Stock Exchange, the former Penn Station and Low Library at Columbia University.

What other features of historical art have you noticed in the works of today?

, we have also been influenced by more recent art movements. Do you see any elements of art from the 19th and 20th centuries in today’s modern art?